Season 1 of The Last Kingdom consists of 8 episodes. It premiered on BBC America on October 10, 2015. Filming began in November 2014 and concluded in Spring 2015. It roughly adapts the plots of "The Last Kingdom" and "The Pale Horseman", the first and second novels in Bernard Cornwell's The Saxon Stories.

Abducted by a Viking warlord after his father is slain in battle, young Uhtred adopts the Norse way of life until tragedy befalls his new family.

Caught between his scheming uncle Ælfric and pitiless Viking warlord Ubba, Uhtred goes on the run and seeks out Alfred, the man who would be king.

Uhtred allies himself with newly crowned Alfred, but his commitment to the nascent king jeopardises his bond with Brida.

After Uhtred faces betrayal and falls into hostile hands, his Danish brother, Ragnar the Young, scrambles to save his life.

After rescuing Mildrith, Uhtred joins the fierce Battle of Cynuit and vanquishes a forbidding foe, only to have Odda the Younger claim the victory.

Uhtred catches the eye of a lovely pagan queen, and his band of raiders becomes mercenaries for a Cornish king. But he soon faces the fury of Alfred.

Driven to hiding in the marshes after the Vikings invade Wessex, Uhtred and Alfred finally make amends and devise a plan for retaking the kingdom.

Calling upon Saxon forces to rally and drive the Vikings out of Wessex, Uhtred and Alfred gird for a decisive battle, but treachery awaits. 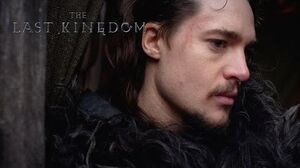